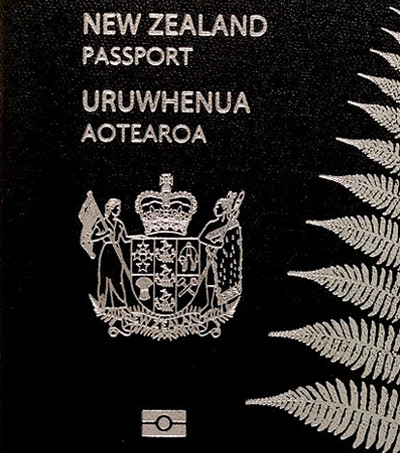 New Zealand has been placed on rank #7 – tied with the Czech Republic and Malta – in this year’s Henley Passport Index, which ranks “all the world’s passports according to the number of destinations their holders can access without a prior visa.” Joanna Whitehead reports for The Independent. New Zealand has “has visa-free or visa-on-arrival access to 182 destinations.”

“Japan and Singapore have come top in a ranking of the world’s most powerful passports” with visa-free or visa-on-arrival access to 189 destinations around the globe.

A passport “is a gateway to international opportunities or a barrier to those same opportunities. The Henley Passport Index enables individuals to assess where they lie on the spectrum of global mobility and helps governments understand the relative value and power of the passports they provide,” said Dr. Christian H. Kälin, Group Chairman of Henley & Partners.

These are the top 10 of the passport ranking: