Fonterra has made the biggest ever investment in the Chinese dairy industry by a foreign company by purchasing a 43% stake in the Shijiazhuang San Lu Group for US$107 million. The San Lu Group produces powdered…

Auckland born investment banker, John O’Loghlen, muses on Mongolia in the nicely titled Feeding a Dragon: Mongolia’s Position within a Rising Asia. Observations on the Land of Eternal Blue Sky for the Land of the…

The Kids’ Lit Quiz, founded in NZ by educationalist Wayne Mills, is growing increasingly popular in the UK, where it is now in its third year. The 2004 event was won by an all female team…

26 October 2003 – A 3-day diplomatic visit to NZ by Chinese President Hu Jintao has further strengthened economic ties between the two countries. Hu met with PM Helen Clark to discuss the possibility of a free…

Ron Massey, of Napier Council, thinks the city’s onto an export winner after its successful growing of high-grade gingko trees. The Chinese herb is currently the trendiest pill to pop, supposedly offering dramatically increased energy and cognitive…

“If you asked a random person how one can tell China and France are different nations, almost every test they would probably offer-language, culture, race, religion, cuisine, origins – would fail to distinguish the…

The actions of New Zealand police, removing protesters during the visit of the Chinese President Jiang Zemin last year were “unjustifiable and outside the law”.

NZ Gov-Gen Michael Hardie-Boys will wrestle alligators and leap from speeding sampans as the guest of President Jiang Zemin.

Polio has been eradicated in the Western Pacific, which stretches from China to New Zealand to French Polynesia. 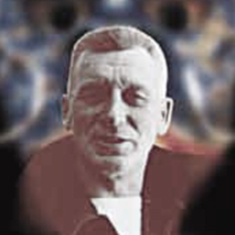 The New Zealand-China Friendship Society is determined to double its efforts to promote friendship and exchange between the peoples of China and New Zealand the People’s Daily reports. Chinese Consul in Auckland, Zhao Xianling said…