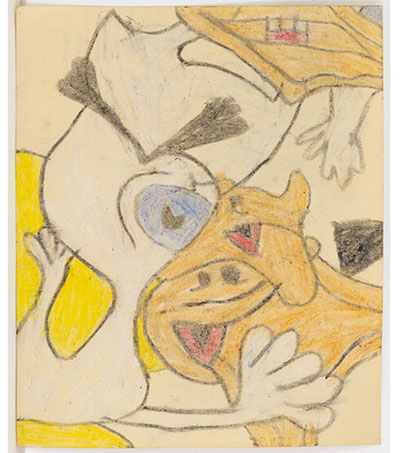 Works by Susan Te Kahurangi King a Miami Must See

The booth of Auckland artist Susan Te Kahurangi King is one of seven must-sees at this year’s Art Basel Miami, according to New York’s Observer.

“It’s impossible to pick a favourite, but it will be particularly exciting to see more works by the enigmatic Te Kahurangi King, who had the town talking in 2014 about her gorgeous show at [New York’s Andrew Edlin Gallery] that year,” the Observer’s Ryan Steadman writes.

“The New Zealander stopped speaking around age four but started drawing prolifically into her thirties. Then, suddenly, she stopped completely. Almost twenty years later in 2008, she started making art again – right where she left off – without explanation. Her drawings weave all-over tapestries of illustrated body parts together, using Donald Duck’s bill along with fishes and fairy tale girls to make a glorious jumble of color and line. They will fit right in with the rest of these master artists.”

Te Kahurangi King was born in Te Aroha in 1951.