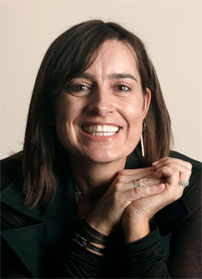 President of Gatorade New Zealander Sarah Robb O’Hagan is No 23 on Fast Company’s 2012 list of The 100 Most Creative People in Business. No Gatorade shower could extinguish the flaming mess Robb O’Hagan inherited when she took over the legendary sports-drink brand four years ago. But under her tenure, Gatorade is on the rebound. Its 2011 sales exceeded $3 billion, an increase of almost 9 per cent from a year earlier. She has diversified and clarified the product line and the final phase of her plan, an initiative that’s rolling out now, is to establish Gatorade as a hub of fitness knowledge. Pro athletes have taken notice. “What we’ve been doing is very different from our brother and sister brands,” Robb O’Hagan says. “We’re not doing a big TV spot. Instead, we’re inside the bodies of the athletes actually playing on the field.” Before joining PepsiCo, Robb O’Hagan worked for Nike, Atari Interactive, Virgin Atlantic and Air New Zealand. She is based in Chicago.