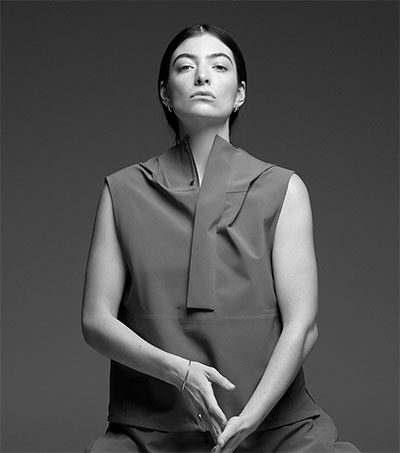 For Variety’s 2021 Power of Women issue, the magazine spoke with several women in the entertainment industry, including New Zealand pop singer Lorde, who are using their voices to benefit worthy causes.

After grappling with teen angst and the shifting sands of early adulthood on her first two albums, Lorde turns to the light on Solar Power, released to much anticipatory fanfare in August. Inspired by the natural world, it’s a wispy, sun-dappled daydream – and a radical departure from the shadowy, blurry-eyed world the 24-year-old usually inhabits. Something else is different: While 52 per cent of US album sales for 2017’s Melodrama were physical, according to Alpha Data, Lorde resisted a CD release of Solar Power, demonstrating her commitment to slowing the speed of climate change, Variety reports.

“The fight to keep carbon dioxide below a certain level in our atmosphere, to keep our planet liveable, is going to be the fight that defines my life,” says Lorde of her decision, and affiliation with the charity 350 Aotearoa.