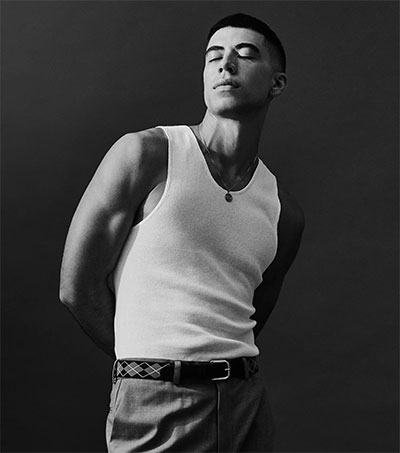 US Vogue Promotes the Soulful Teeks

You’re about to hear a lot more from Te Karehana Gardiner-Toi, who goes by Teeks. The Māori soul singer is well known in New Zealand but is about to step onto a global stage with the release of his first full-length album in February, Christian Allaire writes for US Vogue.

The 26-year-old is one of the country’s most promising talents; his 2017 EP, The Grapefruit Skies, was released to much critical acclaim, Allaire reports for the cult fashion magazine. (His voice, deep and smooth as butter, has caused some to dub him the male Adele.) Today, Teeks is releasing a brand new music video for “Without You”, the lead single off his forthcoming record, and Vogue has the first look.

Directed by Tom Gould, the music video for “Without You” was shot in Hokianga in January. “It’s my favourite place in the world,” Teeks tells Vogue.

Having grown up entrenched in waiata and kapa haka, Teeks says his culture continues to shape his sound and provides a through line to his work. “The way we pass on our history is through song and chants, so ever since I was young, I’ve always been singing.”