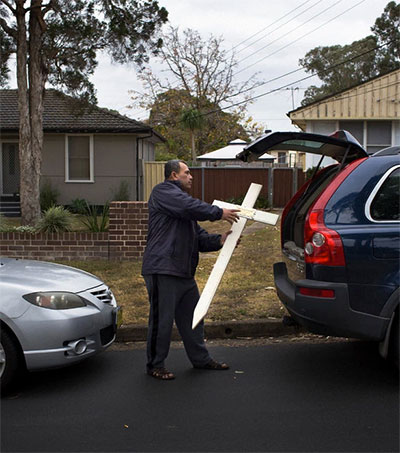 The cancellation of Australian visas on the grounds of “character” has soared since December 2014, when the government amended its immigration law. Last year, more than half of those visas belonged to New Zealanders, almost 1300 of whom have been deported since January 2015. They are now the largest group in Australia’s immigration detention centres, whereas before the legal changes New Zealanders were not even in the top 10. The New York Times reports.

Under the stricter character test, foreigners may be deported from Australia if they have served 12 months or more in prison or if immigration officials believe they pose a threat to the country. Many of them have lived in Australia for most or all of their lives, leaving families behind.

In some cases, convicted criminals have finished their sentences only to find themselves back in detention because their visas were cancelled.

The shift in policy and its disproportionate impact on New Zealanders – along with additional disputes over Australia’s immigration policies – have become a major test for one of the world’s closest bilateral relationships.

Questions of race and fairness are intensifying: Of those sent back to New Zealand from January 2015 to this past April, at least 60 per cent were Maori or Pacific Islander, according to figures obtained through an information request.

Those returned also include a former soldier with no criminal record and a quadriplegic man who lived in Australia for 36 years, while in March a 17-year-old boy was placed in an adult detention centre 12 hours away from his family – the youngest New Zealander yet to be detained.

New Zealand officials say Australia is undermining the two countries’ historical bonds of “mateship,” with free movement across their borders dating to the 1920s.

They argue that the new measures are sweeping, allowing the deportation of people who served sentences decades ago or who served multiple short sentences for minor crimes that add up to 12 months or more.

Citizenship, a steppingstone to stability in Australia, is increasingly out of reach. Only 8.4 per cent of the 146,000 New Zealand-born migrants who arrived in Australia from 2002 to 2011 had acquired Australian citizenship by 2016. The rate for New Zealand-born Maori was even lower, just under 3 per cent.

On the night of 11 September 2015, security cameras in a prison in Goulburn, a city southwest of Sydney, recorded a final, desperate act.

A dark pool of blood and water spilled out from underneath a locked cell door. Alone inside, Junior Togatuki, 23, was bleeding heavily from a cut to his left wrist. He had sounded the alarm twice, but no one had come to his aid.

Togatuki, a New Zealand citizen of Samoan descent who had moved to Australia when he was 4 and who had a history of mental illness, was found dead the following morning.

He had been due to be deported.

In a letter to Immigration Minister Peter Dutton, Togatuki wrote: “If I was to be deported back to New Zealand, I will be truly lost with myself. I have no one there, no job, no home or a roof over my head.”

Togatuki liked to draw, so his family designed a custom tombstone for his grave that incorporates his artwork. Almost three years after his death, they are close to paying off the $12,000 cost.

They bring a tall white cross when they visit the suburban Sydney cemetery where Togatuki is buried, in the country he didn’t want to leave.

The question at issue is a common one: Who is ultimately responsible for long-term residents of a country?