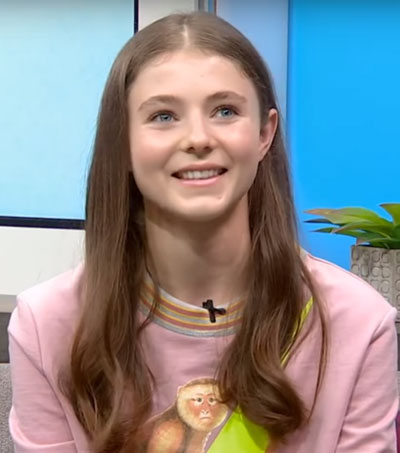 “McKenzie’s grandmother, parents and siblings are all actors, so it was inevitable that the New Zealand native would follow suit. Her first starring role came at 13 with the local TV movie Consent, in which she portrayed a young schoolgirl who had been raped by policemen,” reports Sandberg.

“Going into it, acting wasn’t something I wanted to do for a career,” said McKenzie. “It was just a way for me to make pocket money and buy Bratz dolls and stuff.”

“But that’s since changed. After starring as a teen living off the grid with her father (played by Ben Foster) in the critically acclaimed film Leave No Trace, she’s booked several top-notch projects, including Taika Waititi’s Jojo Rabbit (…) and Netflix’s Lost Girls, the narrative feature debut for documentarian Liz Garbus, opposite Amy Ryan.”

When asked about her Hollywood role model, McKenzie said she admired Emma Watson and Rooney Mara: “Emma Watson, because she’s done some incredible work and is speaking out for what she believes in. And Rooney Mara because she started an all-vegan clothing line that’s really inspiring.”