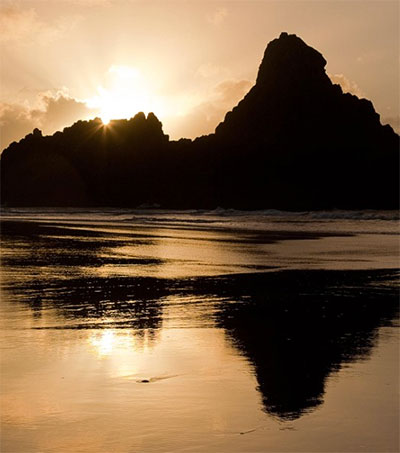 New Zealand is virtually synonymous with vast tracts of unspoiled nature that provides everything from ski slopes to big waves. CNN pick the best of the best wild places, including Auckland’s west coast beaches, Maruia Springs and the “natural hotspot for hikers,” Tongariro National Park.

“Though within easy driving distance of the city centre, the beaches are separated from it by the misty Waitakere Ranges, through which narrow roads gradually wind down to the wild coastline.

“They are big in every sense of the word: big beaches of black volcanic sand disappearing into the distance, big rocks and big surf.

“Generations of hippies, artists and surfers have made their homes here. Each beach has its own character, from the aching isolation of Karekare (captured in the 1993 film The Piano), to the surfer community at Piha, to the dozens of outdoor activity spots at Muriwai Regional Park.

“[On the South Island] head inland along Lewis Pass, off the well-beaten route down the east coast to the stunning Southern Alps and Hanmer Springs spa village.

“Drive further west to the smaller and less touristy Maruia Springs, which has thermal mineral pools in an idyllic natural setting.”