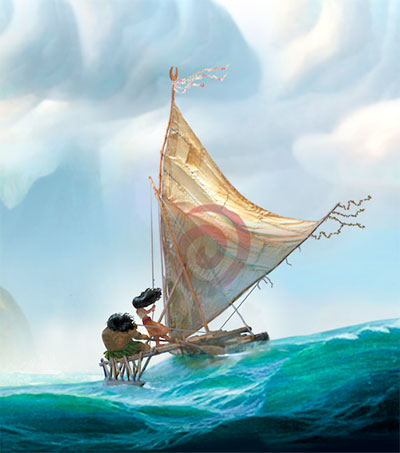 Disney’s 56th animated film Moana has magic written all over it, according to the Latin Post and New Zealand writer and director Taika Waititi has a hand in it. The film is the studio’s first Polynesian princess.

Waititi, 39, has a lot of talent. He directed the 2010 film Boy, which won a Grand Jury Prize at the Sundance Film Festival. Boy was the highest grossing local film ever in New Zealand. Waititi also directed a 2004 short film, Two Cars, One Night, which was nominated for an Academy Award.

Waititi also wrote a 2003 play titled Untold Tales of Maui, which was an update of legends based on the trickster demigod Maui.

This film is directed by the same people who made The Little Mermaid, The Princess and the Frog and Aladdin, Ron Clements and John Musker.

“Moana is indomitable, passionate and a dreamer with a unique connection to the ocean itself,” Musker said. “She’s the kind of character we all root for, and we can’t wait to introduce her to audiences.”

The animated musical film was originally set to debut in 2018, but Disney has fast tracked it for a 2016 release.

In 2013, Waititi co-directed the New Zealand-based vampire-comedy What We Do in the Shadows with Jemaine Clement