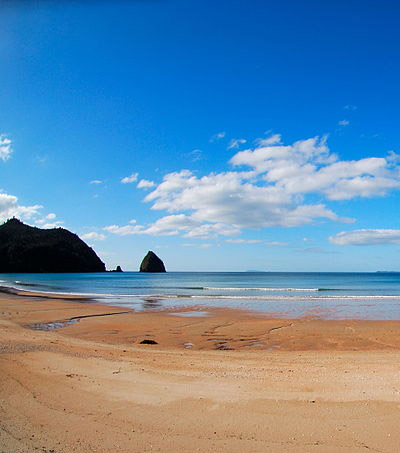 “New Zealand has sweltered through its hottest summer on record and can expect more of the same if climate change continues unabated, the government’s scientific agency said Tuesday,” an article in The Jakarta Post reports.

“Daily temperatures averaged 18.8 Celsius, 2.1C more than normal”, according to the National Institute of Water and Atmospheric Research (NIWA). With temperatures climbing as high as 38.7C on the South Island, “it was the hottest summer since records began in 1909, surpassing the previous high set in 1934-35.”

“The expectation is that as we work our way through the coming decades, or 10, 20, 30, 100 years from now, if we’re on the same trajectory we are now with carbon emissions, this will continue,” NIWA’s chief forecaster Chris Brandolino told Radio New Zealand.

“Brandolino said a number of factors were behind the warm weather, including a spike in marine temperatures and warm northerly winds from a La Nina weather pattern.”

“Global warming due to climate change was also a major contributor because it lifted baseline temperatures over the long term.”

“The country’s fledgling centre-left government has vowed to help tackle climate change, with Prime Minister Jacinda Ardern describing it as the defining challenge of her generation,” reports the article.