NZ gets off relatively lightly in UK psychologist Oliver James’s treatise on rampant materialism, Affluenza: How to be Successful and Stay Sane. James defines affluenza as an unhealthy obsession with wealth which has led…

Durex has decided to test its new latex-free condom in NZ after its global survey showed that New Zealanders have sex more often and are more adventurous in the bedroom than their international contemporaries….

2006 has seen a rash of advertising and design taking inspiration – with varying degrees of offensiveness – from Maori art and culture. An Italian ad for the Fiat Idea showing a group of…

Wonder of the Natural World Reborn

Rotorua’s famed Pink and White Terraces – destroyed in the 1886 Mt Tarawera eruption – are being replicated 8km away at Wairakei by businessman Jim Hall. The original staircase-like tiers of pink and…

NZ mountaineer Mark Inglis has made history by being the first double amputee to reach the summit of Mt Everest. Inglis lost both legs to frostbite in 1982 while trapped in blizzard…

The Rainbow Warrior incident is back in the news, with convicted French agents Dominique Prieur and Alain Mafart seeking to legally bar TVNZ from screening previously unseen footage of their Auckland District Court appearance….

All the Right Numbers

Hawera-born Wayne Gould, the New Zealander behind the international Sudoku craze, features in Time magazine’s Time 100 for 2006. The list of “men and women whose power, talent or moral example is transforming our…

Former Wellington Evening Post photographer Melanie Burford is the first NZer to be awarded a Pulitzer Prize. Burford was part of the Dallas Morning News team that won the 2006 Pulitzer Prize for…

New Zealand raised, former TVNZ reporter Robert Freeman has been appointed Head of Multimedia at Press Association, UK. “I am heading up this team at a critical time when the publishing industry is looking…

A US immigrant has been thwarted in his attempt to rid the Cardrona Valley of its “world famous in NZ” bra fence. Andre Prassinos, who resides for part of each year in Cardrona, petitioned…

For Love and Money

British male accountants are being lured to NZ with promises of work and women. According to top UK agency, Think Global Recruitment, the shortage of men in NZ has reached its highest level in…

The number of Indian tourists travelling to NZ is on a definite increase according to an Express India article. 17,286 Indians visited Aotearoa in the year ending November 2005 – 11.5% more than the…

A Year for Remembrance

2006 has been designated “Year of the Veteran” by the NZ government,with an official launch planned for February. According to Veteran Affairs Minister, Rick Barker, the government will provide funds for community events to…

Auckland to be Shia Centre

The International Shia Cultural and Human Rights Organization (ISCHRO) officially opened for business in Auckland on September 8. The Shia Muslim organization aims to propagate and facilitate Shia thought and culture and protect human…

NZ Supreme Court judge, Sir Kenneth Keith, has been elected to the UN’s World Court, the highest judicial authority in the world. The court, officially known as the International Court of Justice (ICJ), is…

18 NZ veterans attended the unveiling of a memorial commemorating NZ soldiers who served in the 1950-53 Korean War at the UN Memorial Cemetery in Busan. PM Helen Clark was also present. “I came…

An international study on cultural stereotypes, led by the US National Institutes of Health, has concluded that there is no relation between supposed cultural characteristics and the actual traits identified in real people. “People…

A Kiwi couple have instigated a sister school relationship between Fiji’s Saint Thomas Aquinas Primary School and the Aquinas College where they teach in NZ. According to the Fiji Times, Brendan and Jane Schollum…

Four New Zealand women are among a historic collective nomination for the Nobel Peace Prize. Each of the 1,000 women, nominated from across the world, have worked for justice and peace in their respective…

The Patea Maori Club was guest of honour at the official opening of the NZ Centre for Culture and Education in Yeoksam-dong, South Korea. The centre is a non-profit organization founded by two Korean-NewZealanders,…

The UC Santa Cruz Arboretum held a ‘New Zealand Day’ in May, to “celebrate the mix of culture and botanical diversity of NZ through music, against the backdrop of its various plant collections.” Events…

A new archaeology site has been opened in Wellington, on the site of the proposed city bypass. A group of 30 of NZ’s leading archaeologists, led by Rick McGovern Wilson, are examining the remains…

From Lamb to Land

Property has overtaken lamb as NZ’s major spending ground for Britons. Sprawling sheep stations are being divided into smaller blocks and sold off at a great rate to young families, business entrepreneurs, and “lifestylers”…

Auckland was ranked 5th and Wellington 15th out of 215 cities in the annual quality of life survey by Mercer Human Resource Consulting. Said Mercer director, Rob Knox, “Despite NZ’s geographic location and distance…

Edge of the World (Cup) Musing

The Rugby World Cup saw columnists muse on NZ’s evolving relationship with its (big) brotherly neighbour. SMH: “For those who’ve not noticed, New Zealand – a small nation off the east coast of…

Cool Kiwis: Why It’s Suddenly Not on the Edge of the World

SMH profiles the Afghani “Tampa” refugees, who were taken in by the NZ government after being refused entry to Australia. Pacific minded NZ authorities have granted them the right to reunite with their families,… 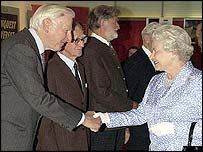 George Lowe along with fellow NZer Ed Hillary – attended the 5th anniversary Everest celebrations in London, as one of 7 remaining members of the 1953 expedition. Lowe was the recipient of Hillary’s now…

Sweating in the Name of

Ex-pat Kiwi Richard Stevens likes to do more than his bit for charity. The Belfast resident hopes to raise £2,000 for the Save the Rhinos fund by running both the Belfast and London marathons…

Community/General | Guardian (The) | Observer (The)

Observer offers a how-to guide to buying property in NZ in its assessment of the global property market’s latest hot spot. According to their sources, “screen gods and goddesses are buying up idyllic island…

NZ’s population is expected to hit the 4 million mark in the next few months, according to the latest figures released by Statistics New Zealand. Last year the population grew by .5% on account…

“So if the grass is always greener in NZ, let’s colonise it.” SMH reader’s opinion column ‘heckler’ proposes the immediate annexation of NZ as a quick and cheap solution to drought-proofing Australia (currently experiencing…

66 and Still Dancing the ACDC Way

NZ’s Asia2000 head Chris Butler on a recent 5-city tour of Asia, Butler spoke of NZ’s 40 year evolution towards a post-colonial identity: “Now, instead of relying on the ‘Lion of England,’ NZ is…

NZ was ranked 19th best place to live according to the UN Development Programme’s annual quality of life survey. The report looks at issues such as life expectancy, per capita income, educational opportunities, and…

And God Created … the Chainsaw

Tiny farming/forestry town of Tapawera holds church service in honour of chainsaws. Churchgoers “brought their chainsaws with them, placed them on the altar, and afterwards performed an impromptu ‘chainsaw orchestra,’ complete with Mexican wave…

Black and White or Rainbow Nation?

Kathy Marks visits Waitangi and gives an outside perspective on the state of the nation 162 years after the treaty: “New Zealand is truly a bicultural nation, and the sense of two races living…

Counted the Neighbours Yet?

Statistics New Zealand is making census data available online free of charge. Formerly $3,300 to $25,000 for special software, now users can simply transfer data and use their own software. The US, UK and…

Kiwis will have plenty of fellow travellers when they travel to the UK for the two year woring holiday scheme. In the past, 96% of applicants came from New Zealand, Australia and South Africa,…

New Yorkers jaded by the Enron scandal voice their concern on the street and yearn for the paradise in the Southern Seas – writer Alex Bauman: “If I had money, I’d be in New…

500 e-mails, several severed subscriptions, and a visitation by one J.Lomu later, Graham offers an open apology. Planting tongue firmly in cheek, he concedes amongst other things that Split Enz are indeed better than Midnight…

Australian correspondent Martin Graham, in the ‘Heckler’ section of Sydney Morning Herald mocks Kiwi hobbit hubris over Lord of the Rings raving. While accusing NZers of fawning over “the fulm” like they’d split…

New Zealanders on the big OE are staffing London’s offices: “They usually have stable work histories and excellent IT skills, great interpersonal skills, confidence, and a good work ethic”.