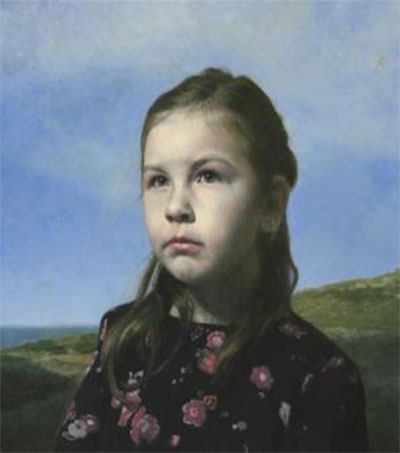 Dunedin artist Simon Richardson’s portrait of his seven-year-old daughter Mila is believed to be the first by a New Zealander to be chosen for the BP Portrait Award exhibition at the National Portrait Gallery in London.

It is an exhibition Central Otago artist Grahame Sydney called “the most prestigious portrait award in the world”.

Richardson’s work, Mila, is one of only 53 selected from 2557 entries.

“It’s quite an amazing thing to think that a painting of your daughter is going to be in the National Gallery,” Richardson said.

It took about six months to paint and he completed it alongside another portrait, of his son Eben. The dilemma was which portrait to enter.

Mila was happy she was chosen, Richardson said.

The top three portraits would be selected from the 53 portraits on show, and the winner would receive about $62,000 in prize money.

About 330,000 people would view the three-month exhibition before the paintings went on a tour of other galleries in the UK.