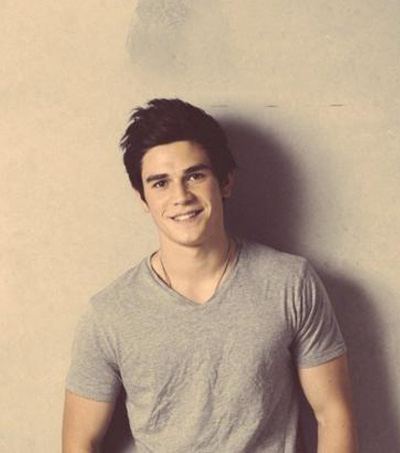 K.J. Apa has signed on to star in A Dog’s Purpose alongside Britt Robertson and Dennis Quaid.

The New Zealand actor already is being referred to as “a young Tom Cruise” and the quickness of his success is unheard of according to Mandy Jacobsen, Apa’s agent at Auckland talent agency Red 11.

“It’s never happened before with any actor from New Zealand so quickly. Even they said in their 20 years they’ve never seen an actor come up to LA, do the rounds to meet people and land a role like he’s landed”, said Jacobsen.

DreamWorks’ adaptation of the beloved book by W. Bruce Cameron centers on a dog that reincarnates several times with the aim of being reunited with his original owner and best friend.

“Also signing onto the project is Walden Media, which has produced films including The Chronicles of Narnia series, Bridge to Terabithia, Charlotte’s Web and the Journey to the Center of the Earthseries. The company will co-finance and co-produce A Dog’s Purpose”, as reported in The Hollywood Reporter.

KJ Apa is a young Auckland-born actor mostly known for his appearance as Kane Jenkins on the New Zealand soap opera Shortland Street.