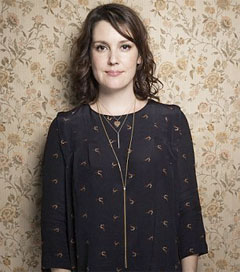 New Zealand actress Melanie Lynskey and Up in the Air award-winner Anna Kendrick star in Joe Swanberg’s latest low-budget feature, Happy Christmas, which made its premiere at this year’s Sundance Film Festival on in Utah from 16 to 26 January.

Film site IMDb provides a plot summary: “Irresponsible 20-something Jenny (Kendrick) arrives in Chicago to live with her older brother Jeff (Swanberg), a young filmmaker living a happy existence with his novelist wife Kelly (Lynskey) and their two-year-old son. Jenny’s arrival shakes up their quiet domesticity as she and her friend Carson (Lena Dunham) instigate an evolution in Kelly’s life and career.”

“Swanberg’s modest script lays out some fairly mundane domestic situations, which the actors elevate with a collaborative style characterized by gentle humor and authentic, frequently overlapping dialogue,” the Hollywood Reporter’s Justin Lowe writes in a review of the film.

“Kendrick slips effortlessly into the role of Jeff’s screw-up younger sister who provokes Lynskey’s blossoming as the young mother and novelist emerging from her domestic shell.”

In other reviews, Indiewire said Lynskey’s performance “is impressively low key as the sad-eyed housewife desperate to increase her productivity.”

Later this year, Lynksey, 36, will star in the HBO television comedy series Togetherness. She is originally from New Plymouth.