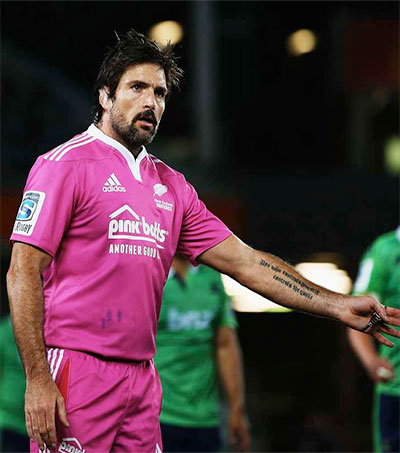 “In the end, the man who controlled the game controlled himself, allowing [New Zealander] Steve Walsh to head into retirement as one of the most highly regarded referees in international rugby,” Wayne Smith reports for the Australian.

“Walsh, 43, stunned the game with his announcement that he was retiring with immediate effect to pursue business interests in supermarkets on the Sunshine Coast, where he lives.

“He refereed 60 Tests, making him the third-most capped international referee of all time, while the last fixture he controlled, the Rebels-Brumbies game in Melbourne in February, took his tally of Super Rugby matches to a record 111.

“Having enjoyed almost celebrity status in rugby-mad New Zealand, Walsh dropped out of the limelight to work on personal issues, crossed the Tasman and resurfaced in Sydney in 2010 as a top-line referee affiliated with the Australian Rugby Union.

“Sharp-eyed observers noticed on his inner left arm a tattoo that read: ‘He who controls the game controls himself.’

“It was in his second life as a referee in Australia that Walsh confirmed himself as one of the best whistleblowers in the game.”