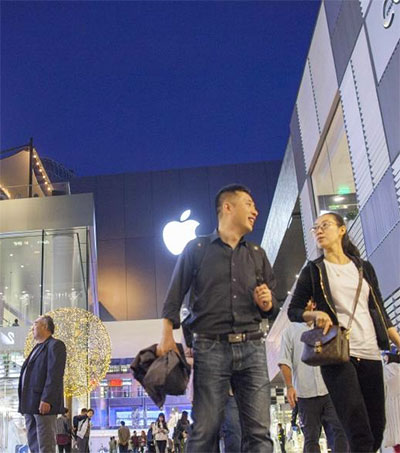 In an article about China’s growing middle class, Global Demographics founder New Zealander Clint Laurent told The Australian that “China was the last place to come through” a worldwide population explosion to land safely on the other side, able to educate its new generations and offer them jobs, thanks substantially to its controversial choice to limit family size for three decades.

Even within China, however, some further changes may elude its government. Laurent says, for instance, that it “can invest however much it wants in the west of the country – but the brains have gone east”.

A child born there today has life expectancy of 77, and will work longer. China’s overall population will start shrinking in 2030. “It’s begun looking at robotics. It is developing aged-care homes. It is preparing. It feels in control.”

Laurent is critical of most definitions of “middle class”. Using PPP (purchasing power parity) figures per capita “is just a fudge”. He says $27,000 household income per year is the bottom end in any useful sense of the term, for China and other aspirant countries. In the developed world, $94,000 is the minimum.

Overall, he says, “you have to admire China. It has its faults. But it has few children, and it gives them good opportunities to improve themselves. There are now 4 million Chinese living in households with annual income of more than $167,000, growing to about 30 million in 10 years.

“They won’t be feeling they need to buy to display their wealth. Quality food, wellness and tourism will be big spending areas.”

Global Demographics was founded in 1997 and specialises in demographic and socio economic forecasting. It provides comprehensive forecasts of the demographic profile (persons, households, education, labour force) and household income and expenditure pattern of 75 countries.

Laurent is based in Hong Kong.

Original article by Rowan Callick, The Australian, May 4, 2017.