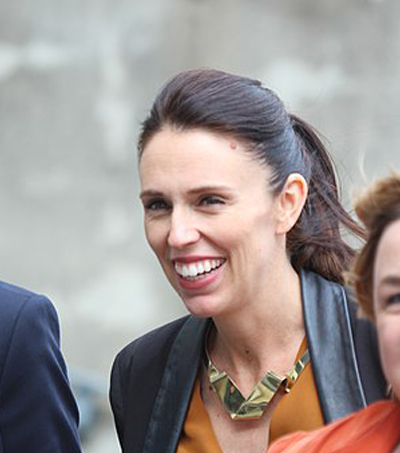 Why Other Politicians Fall Short Of Jacinda Ardern

“When doing my fieldwork with Christian Lebanese fighters in the middle of the Lebanese civil war, I witnessed a conversation concerning what to do with prisoners captured following a successful overrunning of a Palestinian camp,” writes Ghassan Hage, a professor of anthropology and social theory at the University of Melbourne, in an article published in The Guardian.

“A woman, Salma, who had a reputation as someone exceptionally loving (…), opened a rest house where she cooked for them, served them and washed after them.” When it was suggested to “put the prisoners in trucks and offload them across the warzone’s frontline”, Salma said: “Why? So that they’ll come back and kill us? These are children of the devil, finish them, finish”.

“The moment remained with me ever since; it was impossible to forget how someone who oozed so much love and affection was also able to express such venomous exterminatory desires,” writes Hage.

“I am reminded of this as I think of the many political actions and proposals by Jacinda Ardern in the wake of the Christchurch massacre,” he writes. “Like many I am watching her politics unfold full of admiration for its multidimensional restorative potential.”

“Dealing with the effect of structural racism (…) requires a fundamental and sustained politics of restoration that unleashes all the possible economic, practical and affective centrifugal forces to counter the corrosive effects of the disintegrative politics that has prevailed for so long. But, as importantly, it also requires a special kind of love,” writes Hage.

“While love on its own leads us nowhere, a restorative politics is not complete without it being permeated by a deeply felt love, a love that can cross rather than erect cultural boundaries and that can heal rather than entrench divisions.”

“Anthropology students across the world learn that in gifts and offerings resides a hau (…). The hau is the spirit of the giver present in the gift. It is here that we get to the reason why the politics of Ardern cannot be easily emulated.”

“If another politician tries to copy her but is not genuinely moved by a healing, cross-cultural love of the multiplicity, no matter what they give, the spirit with which they have given, their hau, will reveal itself in the undertone of what they offer.”

“The hau that is present in what Ardern offers is not hers alone. It is also the spirit of the various social forces she has come to embody. If there is in her a desire and a capacity for healing, it is because she conjures what is best and healing in New Zealand society,” writes Hage.