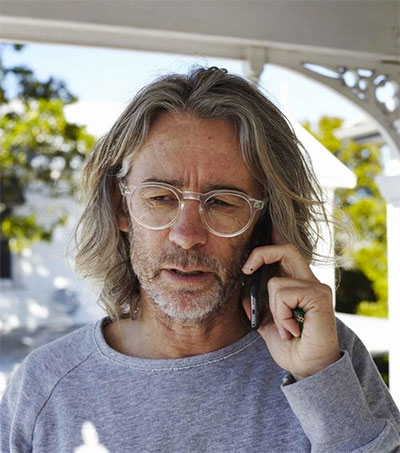 Photographer Derek Henderson Is in Demand

Photographer Derek Henderson rates his career shooting fashion, travel and art photography as mediocre, but a quick look at his credentials and it’s plain to see he’s being coy. Laura Baker interviews the New Zealander for Stuff.

Henderson has carved out a name for himself shooting fashion campaigns and is in high demand around the globe. You may not recognise his face, but most New Zealanders would have seen his recent work photographing Prime Minister Jacinda Ardern for the March issue of US Vogue.

During his career he has travelled extensively and lived in London, New York, Copenhagen, Munich and Los Angeles. In 2006, he put down roots in Sydney to raise a family, but despite living overseas for more than 30 years he tells Baker, he is still a proud New Zealander.

“I’ve photographed politicians in the past and they often just want to get it over and done with and I understand that, but Jacinda was different. I thought she was incredibly engaging with everybody, which I found quite surprising and she seemed really interested in the process. When it’s the prime minister you’re very aware they’ve got a lot on so I try to be quick. I focused on directing her so she felt comfortable in front of the camera and comfortable with the way she was presenting herself and the time went pretty quickly.

“I spend a lot of the year on the road for work. I went to Siberia, Russia, last year. We went to a place called Kamchatka Peninsula and we were there for three weeks shooting for Condé Nast Traveler. Before that I was in Paris shooting an advertising campaign for the champagne board. I can’t really talk about upcoming work, but a possible assignment I’ve got coming up for Condé Nast Traveler is a three-week shoot in the Congo, Africa. I’m also going back to France at end of the month to shoot for The Wall Street Journal. I’ll be photographing Maya Hoffman who is a philanthropist in the art world. I’m going to shoot some portraits of her in the South of France.”