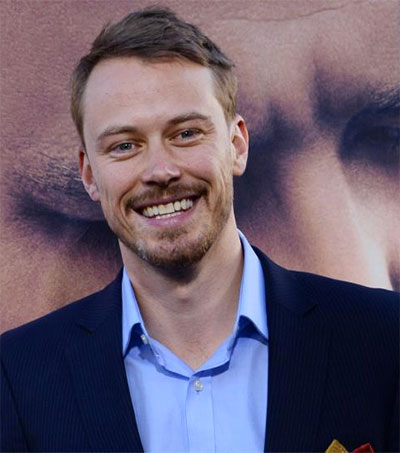 “Amazon’s Patriot is a spy show, a comic drama, an epic test of its protagonist’s will [played by New Zealander Michael Dorman] a boldly cinematic tale told occasionally through song, and perhaps the best TV show you didn’t know existed,” Michael Ordoña writes for the Los Angeles Times.

“Showrunner-creator-writer-director-composer … Steven Conrad’s superb plotting keeps tension ratcheting up – and what should have been a simple exchange ends up taking two full seasons of Patriot to play out,” Ordoña writes.

“As problem after problem arises, [CIA operative] John [Tavner aka John Lakeman’s – Dorman’s character] solutions can be ingenious and complex or abruptly and brutally efficient. Though it all makes sense in retrospect, in the moment, the hairpin turns are hard to see coming. Yet that compelling, often comic intrigue is just the icing on a messed-up layer cake.

“Dorman, smooth of cheek and mischievous of grin with large, expressive eyes, presents as a nice young man (he’s 37).

“‘I’d never read anything like it,’ says Dorman of the pilot. ‘Sent a message to my team, saying, “This is the one. I love this. I have to be a part of this.” The way that every character was well-rounded and had a voice. The voice of that script resonated with me in a way I’d never experienced before. You know when you watch something, or you meet someone, and they just sing to you; you don’t know why? It had that element to it.

“‘I threw everything else out on the gamble that I was gonna [get it].’

“The show’s unusual cinematic demands will occasionally include, for instance, a meticulously choreographed, unbroken take. Or require an actor to deliver deliciously dense piping-industry jargon without a slip. Or both.

“‘Yeah, that took a minute,” Dorman says. ‘The jargon speech was done in a oner [continuous shot]. Came out of the lift, he’s dishevelled, you see him address the audience … you just can’t miss.’”