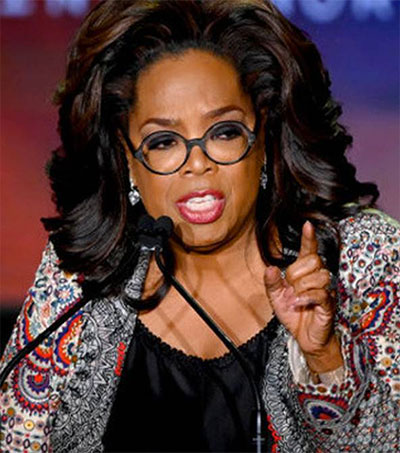 Many have praised New Zealand’s prime minister’s compassionate leadership following a terror attack that killed at least 50 worshippers at a mosque in Christchurch in March. Among those who lauded Jacinda Ardern’s response to the shooting is Oprah Winfrey, who called Ardern’s leadership courageous in a speech at the Women in the World Summit.

“I’ve never seen such leadership,” Winfrey said at the New York City summit. “The prime minister is a woman who has such courage in her convictions and has set a global standard for leadership with her response.”

“Fifty murders could have brought even more destruction but instead led to a portrait of the prime minister displayed across Dubai’s tallest building with the word ‘peace’ shining above it,” Winfrey added. As the Muslim community of Christchurch mourned in March, Ardern was seen visiting locals while donning a black scarf over her head as a display of respect for Islamic custom, The Washington Post reported.

It was that regard and empathy that Winfrey praised. “So women across the country showed their solidarity by wearing head scarfs to emulate the hijab that Ms Ardern chose to mourn in and the Arab community felt their benevolence,” she said.

Also speaking at the Summit was Vogue editor-in-chief Anna Wintour, who said she’s been “impressed” and “inspired” by the politician.

“I think when we look at the terrifying issues that we have in this country, and obviously many other countries, on gun control, and how brilliantly and directly and emotionally she dealt with the tragedy in New Zealand, and how swiftly they moved to correct the situation, it’s astonishing to me that we cannot pass the simplest correction in this country,” Wintour said. “I just think it’s appalling. Right now, if you’re going to ask me, I wish she’d come and run [the US].”