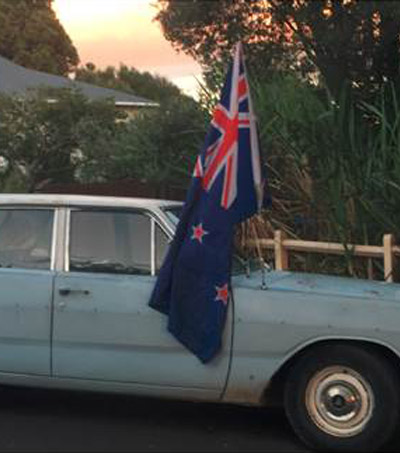 NZEDGE.COM EDITORIAL (new): 8 Reasons Why I Voted for the New New Zealand Flag

In 2004 I wrote ‘Eight Reasons to Change the Flag’ for Lloyd Morrison’s new flag campaign. Here’s my 2016 update:

– The old flag is a relic, like this once mighty VE Valiant, pictured on Saturday

–When the opportunity comes to make a once-in-50 year change, take it

– There are about 10 great flags in the world, and the new flag will make a top 20

– The new flag will get meaning through performance. When a victorious Olympian wears the new flag, we’ll say “aok”

– The Sydney Opera House came from a design competition. Everyone had the opportunity to win here.