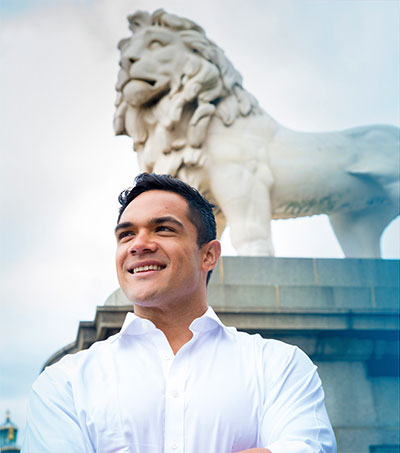 Aucklander Nicholas Afoa will join the cast of the West End Lion King production in the role of “Simba” from 10 May at the Lyceum Theatre in London.

Afoa made his stage debut as Simba in the Australian production of the show in 2013 and performed the role more than 860 times between 2013 and 2016. His move to London will mark his second professional stage role, and brings him to the city for the very first time.

After beginning a rugby career with the All Blacks, Afoa was sidelined by injury and nearly a decade later beat 400 other hopefuls to the role of Simba in the Australian production.

In an interview with the Impulse Gamer site in 2015, Afoa explained what he brings to the character Simba.

“I try to bring a physicality to the role that resembles as much as possible the way an adolescent Lion would be in the jungle,” Afoa said. “I have my athletic background and sporting history to thank for this. But I also try to bring an understanding of the emotional journey that his character is on.”

The Lion King opened in the West End’s Lyceum Theatre on 19 Oct 1999 to good notices from the popular press. It is currently the sixth longest running musical in West End history, and recently embarked on its first UK tour, which has been seen by over 1.8 million people. To date the show has played 19 countries.

This year the show will celebrate its 17th anniversary in London’s West End.