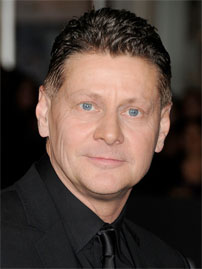 New Zealand-born director Andrew Niccol, 48, has adapted Twilight author Stephenie Meyer’s The Host, which stars The Lovely Bones’ actress Saoirse Ronan as Melanie Stryder, one of the last people fighting against an invading parasitic alien methodically taking over humans. The film also stars Diane Kruger, William Hurt, Jake Abel and Max Irons. The film opens in the United States on 19 March next year. Review site Den of Geek says: “Niccol’s long had an affinity for sci-fi in its more intelligent forms, as Gattaca and The Truman Show proved, so we’re intrigued to see how he handles Meyer’s novel.” Niccol was born in Paraparaumu and grew up in Auckland.