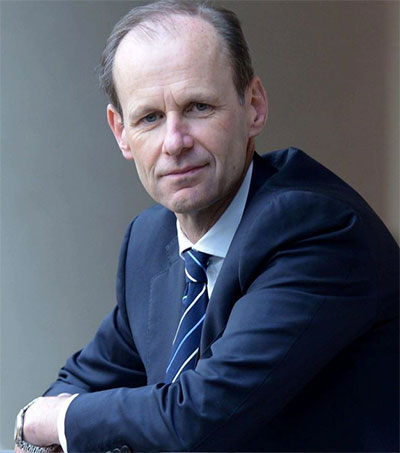 “Congratulations to ANZ Banking Group’s tough new CEO, [New Zealander] Shayne Elliott [pictured] for both (partially) pulling the plug on the bank’s misguided Asian expansion strategy, which I have criticised since 2009, and for parting ways with many of his spendthrift predecessor’s overpaid and underperforming executives,” Christopher Joye writes for the Australian Financial Review.

“Elliott is presumably channelling the intensity of his hero, recently retired All Blacks legend Richie McCaw, with his ruthless focus on risk management, capital, costs and returns.

“After weathering the global financial crisis better than any competitor, Australia has the best bankers in the world, right? (Ignore the once-in-a-century tailwinds of China’s urbanisation and the resulting resources boom). Well, that’s the popular narrative. The problem is that there is a dirty little secret behind the fairy-tale of Australian banking exceptionalism: without sounding too xenophobic, our major banks are not actually run by locals. In fact, seven of the eight last major bank bosses were foreigners.

“The current (Ian Narev) and former (Ralph Norris) CEOs of our biggest bank, CBA, are both New Zealanders. Shayne Elliot (ANZ) and Andrew Thorburn (NAB) are likewise Kiwis, though Thorburn was born and raised in Melbourne. Three of the four major banks are therefore under the influence of a foreign power. (Thorburn, Elliott, and Narev even attended the same university, which must be a conspiracy.)”