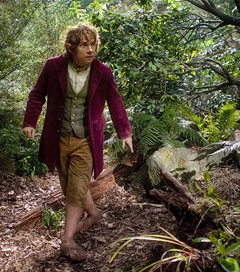 New Zealand Tourism Up Thanks to Middle-Earth

New Zealand has seen a boast to its international tourism as a result of the first Hobbit film released in December 2012, says government agency Tourism New Zealand. Figures released by the agency this month show that international holidays to the country rose by 10 per cent in the first four months of 2013 compared with the same period last year. Results from the agency’s International Visitors Survey show that 8.5 per cent of visitors state that The Hobbit was “a factor for stimulating their interest in New Zealand”. Last year The Telegraph reported that the country saw an increase of international bookings following the launch of the film, with Expedia receiving an 84 per cent increase in flight bookings to New Zealand in December. The agency, who run the ‘100% Middle – earth’ campaign alongside the film franchise, said that the most dominant reason for visiting the country, at 46.7 per cent, continues to be New Zealand’s “spectacular landscapes and scenery”. Tourism New Zealand will continue to leverage heavily on The Hobbit Trilogy with significant events planned for international premier of second and third films.