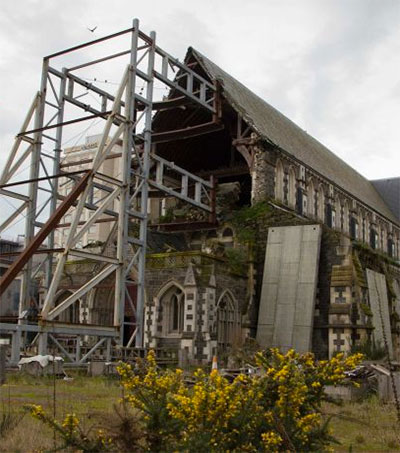 More than six years after being destroyed in the deadly earthquake that struck Christchurch, the city’s iconic cathedral will be rebuilt by the Anglican Church.

For many locals, the wreck has become a visual reminder of the infighting that has slowed the city’s broader rebuild after the magnitude 6.3 quake that struck in February 2011. 185 people were killed in the disaster and thousands of buildings were destroyed.

The Gothic Revival-style cathedral was one of the city’s top tourist attractions before the quake toppled its spire and ruined much of its structure.

Since then, the cathedral’s future has been the subject of intrigue and legal action.

The basic points of dispute have been over who should pay for any action taken, and whether the remains should be rebuilt or cleared away to make room for a new design.

The Anglican Church said the Christchurch Cathedral will be rebuilt to its basic design, but will be strengthened for future quakes and improved with better heating and seating.

The rebuild is expected to take 10 years and cost $104 million.

The decision came after three days of meetings by the 225 members of the Anglican Church’s local governing synod.

They voted about 55 per cent in favour of the rebuild, after also considering building a new cathedral or simply handing over the ruins to the government as a gift.

Anglican Bishop Victoria Matthews said making a final call hadn’t been easy, but “the overwhelming message Christchurch people told us was to ‘just get on with it’ and make a decision”.