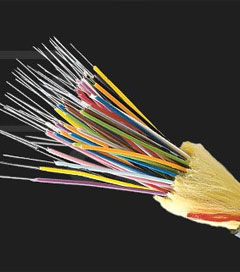 New Zealand’s telecommunications companies will build a new $60 million fiber-optic cable connecting New Zealand with Australia. Telecom, Vodafone and Telstra hope to finish the build by the end of 2014. The cable’s capacity of 30 terabits per second is 300 times New Zealand’s data needs. The companies say it will improve the country’s slow Internet speed and boost the economy. New Zealand relies primarily on one cable to connect with the world. The Southern Cross cable extends from Sydney through Auckland and on to Hawaii. A second, older cable connects Auckland and Sydney and runs near capacity. The new cable should provide enough capacity for the next 20 years.