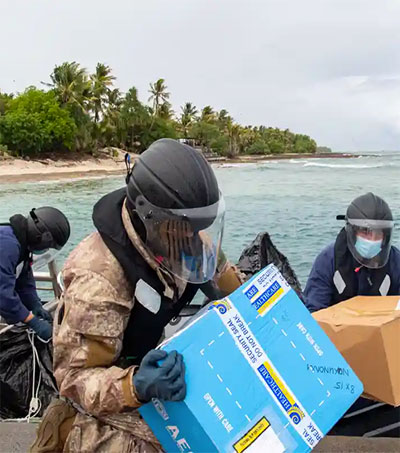 Tokelau, one of the most inaccessible atolls in the world, has just received 12 precious boxes of vaccine delivered by the New Zealand Defence Force, Lagipoiva Cherelle Jackson writes for The Guardian.

Inside the boxes were just over 700 doses of Pfizer vaccine, enough to cover the 346 residents of Nukunono who are eligible for the vaccine, Jackson reports.

“To be honest with you, I had not slept well since March, this was a culmination of efforts between the New Zealand government, NZ Immunisation Advisory Centre, UN agencies and our own team on the ground in Tokelau, and so on Sunday morning, when the ship was close, I finally felt at peace,” chair of the Tokelau national Covid committee Aukusitino Vitale said.

Tokelau is a dependent territory of New Zealand about 3500km north of Auckland with a population of about 1500.