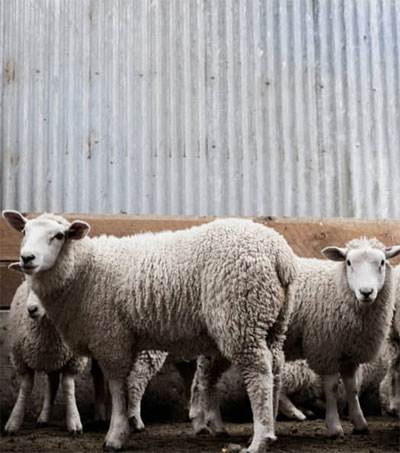 In a report for The Japan Times, journalist Charlotte Greenfield talks to Dave Harper, a farmer in the scenic Canterbury region, where his painstakingly bred flock of lambs is grazing not on grass, but on a field of herbs selected to unlock healthy omega-3 fatty acids in the animals’ meat.

Known as Te Mana lambs, they are part of an effort by New Zealand to future-proof its agricultural sector from the threat of meat and dairy substitutes based on synthetic proteins or plant-based alternatives, Greenfield writes.

Aimed at occupying a similar niche as premium wagyu beef, each Te Mana lamb has a unique number and has been tracked, weighed and scanned since birth.

“We’ve got to tell our story better, and we can’t do that unless we collect the information … Everything’s got to be right,” said Harper, 57, whose farm hosts the lambs for their final few weeks grazing on chicory herbs after being brought down from the mountainous high country.

The lambs have received millions of dollars in government funding in a joint venture with the meat company Alliance Group. Both want to cut the country’s dependence on shipping bulk commodities and move up the value chain into luxury products with burnished ethical, environmental and health credentials.

New Zealand relies on agricultural farming and processing for 8 per cent of its GDP – among the highest in the OECD – so it has a lot to lose as synthetic food gathers momentum.

With an ideal climate, plenty of arable land and a long farming history, New Zealand is the world’s top dairy exporter and ranks second and seventh for sheep-meat and beef exports.

“I see this as both an opportunity and threat to New Zealand, depending on how we react to this emerging reality,” New Zealand Agriculture Minister Damien O’Connor said. “Animal welfare, labour standards, environmental management and food safety systems must be the best in the world.”

The partly state-funded Primary Growth Partnership plans to spend $726 million on innovative projects in agriculture and horticulture. Te Mana Lamb received $12.5 million from the fund for the decade they took to develop with the help of a full-time geneticist and a handful of farmers working to develop a new niche for one of New Zealand’s most famous foods.

“There are some big changes coming,” Harper said. “We’re going to see more changes in the next 10 or 15 years than we’ve ever seen before.”

Original article by Charlotte Greenfield, The Japan Times, May 17, 2019.