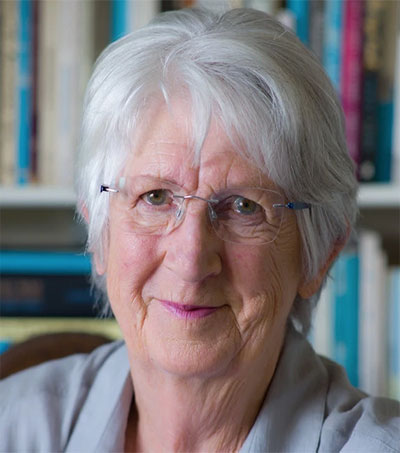 “One December night in 1955, a 20-year-old Irish immigrant named Albert Black, wearing heavy boots to make his hanging snap, shuffled to the gallows of a dark prison in Auckland. He’d stabbed and killed another young migrant, maybe over a girl, maybe in self-defense. Asked for his final words, he replied: ‘I wish you all a Merry Christmas, gentlemen, and a prosperous New Year.'”

“That real-life moment – reported more sensationally at the time, when Black was known as ‘the jukebox killer’ – is both a final scene in Dame Fiona Kidman’s bracing new novel, This Mortal Boy, and the story’s spark,” Australian bureau chief Damien Cave writes in a review of the 2018 novel published in The New York Times. “Black’s hanging was the penultimate execution in New Zealand and, as the book’s title implies, Kidman’s focus is on frailty: the weaknesses of youth and the cracks in society that let fear, panic and punishment thrive.

“For Kidman’s fans (and they are legion in the Antipodes) the approach will feel familiar. The author of more than two dozen books spanning fiction, nonfiction and poetry, she has often rebuilt the past for her characters,” Cave writes.

“Murder or manslaughter is the question that builds suspense, but the strengths and weaknesses of This Mortal Boy are revealed by the way Black’s single act ripples through an ensemble cast. Kidman moves easily between crowds, from the New Zealand court to the slums of Belfast to the bars where Black’s itinerant friends gather, but at times it’s too much and too many.

“And yet when Kidman shows us Black at his most vulnerable, he and the novel are magnetic. His letters from prison and final visits with friends perfectly capture the dark humour, omissions and shame of young men more broken than they can admit. When his mother reaches into the pockets of his childhood jacket, remembering where his hands once were, the fabric can practically be felt through the page.

“There’s wisdom in Paddy Black, too, as he approaches death. Humility and honour converge. The ending of a life involves decisions made by many, Kidman reminds us, with opportunities for compassion that are regularly missed until it’s too late.”

Kidman, 79, was born in Hawera and grew up in Northland. She has published eight novels, four short story collections and four collections of poetry.