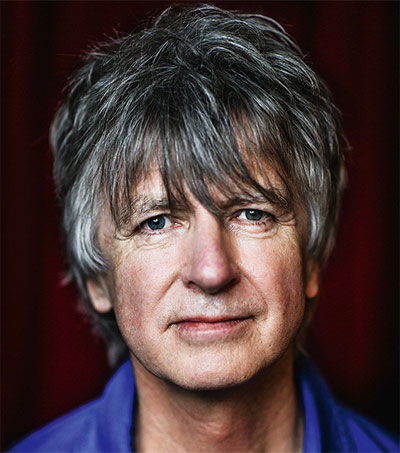 Neil Finn, the multi-talented Crowded House frontman, can make the most sophisticated pop music sound like the easiest thing in the world, according to freelance journalist Andrew Stafford, who reviews Finn’s fourth solo album, Out of Silence for the Guardian.

“Perhaps the first thing the listener needs to do with Out of Silence is forget about the circumstances in which it was created,” Stafford begins. “For four consecutive Fridays in August, Finn live-streamed the making of [the] album via his Facebook page, releasing the singles More Than One of You and Second Nature on the 11th and 18th respectively. The recording was completed in a final four-hour session on the 25th.

“Clearly, this approach excited Finn and his fans. But when the process is forgotten, all that is left behind is the music itself: piano-based orchestral pop, with a minimum of drums and percussion. The album is compact at 35 minutes, and complex in its instrumentation and arrangements, scored by composer Victoria Kelly. It is beautiful on the surface and yet seemingly bottomless: these songs are too subtle and densely textured to take in all at once.

“Finn has often been compared to Paul McCartney – famously, the former Beatle deferred to Finn when asked how it felt to be the greatest songwriter alive – but at moments like this, he’s closer to George Harrison: a mystic determined to appeal to our better angels. ‘I think that we can fight and still be friends / Words are hard to control, and some better left unspoken,’ he sings in the opening song, Love Is Emotional.

“At the top of it all is Finn’s voice. Of all his outstanding qualities, perhaps it’s his singing that’s the most undersold: completely distinctive, unforced and gentle, whispering melodies only he could conjure in your ear. Out of Silence sees him at his most contemplative and tender, at the most troubled of times. If you missed out on watching this album being born, rest assured the songs will be there waiting for you, whenever you’re ready to listen.”

Why did Finn decide to cram into four hours what can often take months or in some cases, years – and why decide to stream the whole process on social media? Brigid Delaney asks in an earlier Guardian piece.

“It’s just the thrill of it,” Finn says. “Setting the challenge to use technology and involve the audience in the recording process. And part of the motivation is old-fashioned. It’s how they would have done Frank Sinatra records – all the recording done in real time. So it’s an old-fashioned concept but in full view of [the] internet.”

Tags: Guardian (The)  Neill Finn  Out of Silence