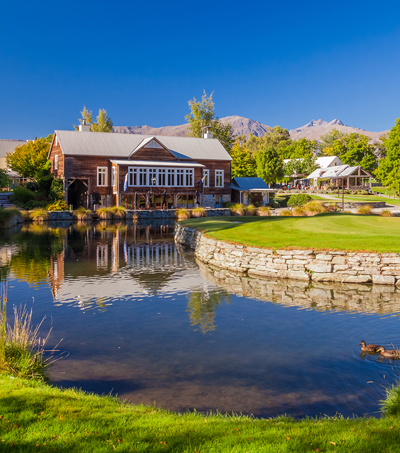 The spectacular Millbrook Resort in Queenstown, New Zealand, hosts the ISPS Handa New Zealand Open this week.  The biggest event on the New Zealand golfing calendar, the tournament tees off from 9-12 March.

Millbrook Resort’s world-class golf courses will be one of two locations for the first two days of competition, but solely host the final two rounds of the tournament.  A new configuration, combining two of Millbrook’s nine-hole golf courses, has been designed to bring more challenge for a dramatic and exciting finish.

The ISPS Handa New Zealand Open is a NZ$1 million Tier One event on the PGA Tour of Australasia, in partnership with the Japan Golf Tour. What makes this tournament special is its unique Pro-Am format, which will include a minimum field of 140 amateurs and 140 professionals.  The professional players compete for the ISPS Handa New Zealand Open, whilst simultaneously pairing with an amateur to play a best-ball tournament for the New Zealand Pro-Am Championship.

Awarded Oceania’s Best Golf Hotel at the 2016 World Golf Awards, Millbrook has something for everyone with its luxury accommodation, award-winning day spa, four restaurants, 27-hole championship golf course, health & fitness centre, and proximity to everything Queenstown has to offer. Surrounded by the picturesque Central Otago landscape, with views to the Remarkables and across to Coronet Peak, Millbook’s natural setting is what sets it apart as a unique destination.