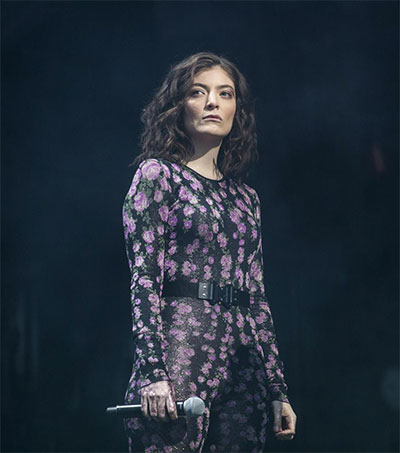 Lorde has notched her first No 1 album on the Billboard 200 chart, with her second full-length album, Melodrama, debuting atop the list, Keith Caulfield reports for Billboard magazine.

The Billboard 200 chart ranks the most popular albums of the week in the United States based on multi-metric consumption, which includes traditional album sales, track equivalent albums (TEA) and streaming equivalent albums (SEA).

Melodrama follows Lorde’s debut full-length album, Pure Heroine, which debuted and peaked at No 3 in 2013 with 129,000 copies sold in its first week.

In a recent interview with Bloomberg, American music executive and president of SONGS Music Publishing Ron Perry said he first heard Lorde on SoundCloud, the online music service, and immediately cleared his schedule to fly to New Zealand. He wasn’t alone. Executives with larger rosters and bigger checkbooks also spent 2013 chasing the talented singer-songwriter, whose “Royals” single topped the Billboard charts in October of that year.

Perry followed the singer around the world for a year, showing up at concerts and chatting up her parents. “It was one of those moments where I knew it was worth dropping everything to try and sign her,” he said.

Lorde, 20 recently played a highly praised show at Glastonbury Festival in the UK before a performance at Roskilde Festival in Denmark.