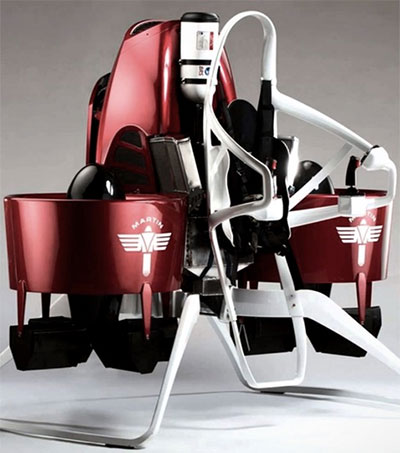 Martin Jetpacks, the world’s first commercial jetpacks with their distinctive mid-mounted fan ducts, are prototype aircraft being used for development and flight-testing.

Made from carbon fibre and aluminum, they are the forerunner to the Martin Jetpack Next Generation aircraft which the company plans to deliver from the second half of 2016.

“Achieving full flight status for an additional P12 aircraft is a great result for the company and all credit to our flight operations and engineering teams,” he says.

“Having multiple Jetpacks available for manned and unmanned flight enables us to accelerate our flight testing program as well as undertake specific marketing flight display events.”

New Zealander Glenn Martin has been developing the jetpack for more than 30 years. The machines are expected to retail for US$200,000 when they are released to the market.

In the last week, the company shares have gone from a low of 42 cents to a high of 76 cents. They are currently trading around 70 cents.