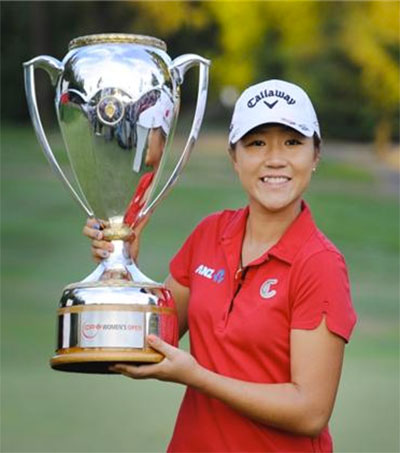 Lydia Ko has won the Canadian Pacific Women’s Open for the third time and first as a professional, beating American Stacy Lewis with a par on the first hole of a playoff.

“This feels amazing,” Ko said. “I had an amazing week … To play good golf in front of great crowds was one of the highlights of this week. I feel somewhat Canadian.”

Ko won in 2012 at Vancouver Golf Club at 15 years, 4 months to become the LPGA Tour’s youngest winner and fifth amateur champion. The New Zealander successfully defended her title in 2013, also as an amateur, in Edmonton, Alberta. She has three victories this year to push her career total to eight.

“It’s great to come back to Vancouver and play well in front of such big crowds,” Ko said. “I didn’t know that in 2012, I might be coming back here in a couple years, and then winning here again. So many great memories here and, hopefully, we’ll be able to come back here.”