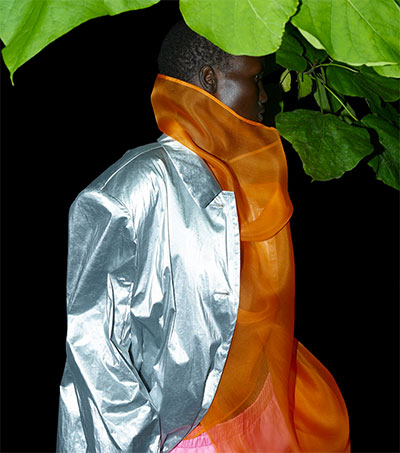 So piqued was the designer’s interest by Lye’s experimental movies – and later by his essays and his mobiles: he was among the earliest practitioners of kinetic sculpture or, as the artist himself put it, “the art of movement” – that Van Noten got in touch with the Len Lye Foundation and looked further, Frankel writes.

The idea of projection harks back to the Len Lye archive – and all the prints in the collection spring from frames in his films – so too do entire texts sprawling across a plain white shift, say, in Lye’s own hand.