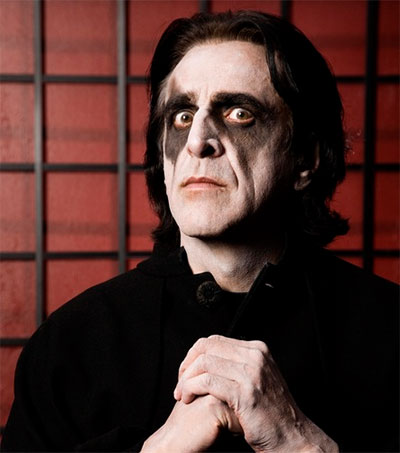 Coleman has a home on a secret island in the Hauraki Gulf, which he told the New Zealand Herald in a 2012 interview, he refers to as Cythera.

“When you wake up in the morning, the first thing you have to think of is: ‘What am I gonna eat today, and where am I gonna get it?’ That in itself is quite a journey. Some days I get my fishing rod and get out on the rocks, catch a few fish … It’s little things that matter,” Coleman, who has been a resident of New Zealand since the 1980s, explains.

“When I go back there [to Coleman’s secluded home in New Zealand] it’s little things like fishing, maybe a barbecue – these kind of things. Walking around with bare feet and going a little bit feral. You can’t hear anybody, there’s no cars or anything where I am … It’s just the place I go to for peace really.

“It’s very, very important to have these times. I was just talking about it with Geordie [Walker, Killing Joke guitarist] how we’re planning on taking a month of just to go fishing. We might even invite a load of people – the Killing Joke fishing party.

In 1999 Coleman and singer Hinewehi Mohi recorded the album Oceania. The record went double platinum in New Zealand. As a classical conductor, he has also worked with the New Zealand Symphony Orchestra.

Coleman has been a citizen of New Zealand since 1995.