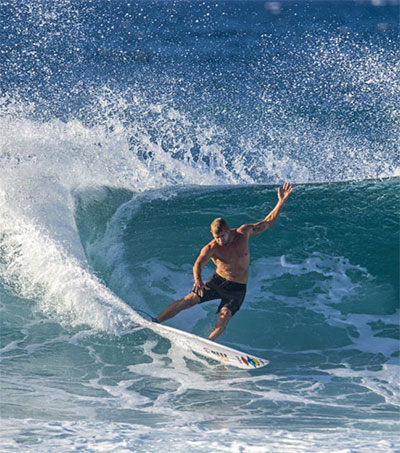 The deal marks the first major change of ownership for Rip Curl, which has been in private hands since Brian Singer and Doug Warbrick founded the company 50 years ago in the Australian beachside town of Torquay, Wells writes.

Considered one of the “big three” brands of the surf industry, Rip Curl had, until now, largely managed to avoid the acquisition binge since the turn of the century that resulted in its two main rivals, Billabong and Quiksilver, filing for bankruptcy.

Kathmandu said the acquisition of Rip Curl creates a “global outdoor and actions sports company” with in excess of $1bn of annual revenue. The company – akin to a less fancy Patagonia that is well known in Australia and New Zealand for selling camping gear ranging from puffer jackets and backpacks to water bottles – said the surf group will give it a presence in North America and Europe, which it described as “strategic priorities”.

Kathmandu estimates the acquisition will deliver earnings per share accretion in excess of 10 per cent, before synergies, in the 2020 financial year. The purchase will be funded via a A$145m rights issue to existing shareholders, a A$31m placement to Rip Curl’s two founders and chief executive and A$220m of debt.

Rip Curl embodies the quest for the next wave through its “The Search” marketing campaign. The company sponsors surfers including Santa Barbara-born Tom Curren and Australia’s Mick Fanning, a three-time world champion who gained additional attention in 2015 for punching a suspected marauding great white shark during the finals of a competition in South Africa.