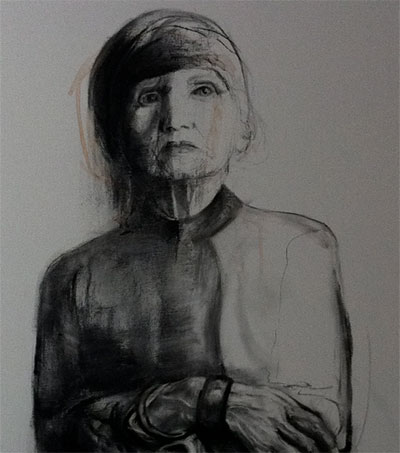 When New Zealand-born artist Kathleen O’Connor returned to Western Australia from France mid-century, she threw many of her paintings into the ocean to avoid import tax. O’Connor died in 1968 and her ashes were scattered at sea. It’s a circularity reflected in “Paris Bled into the Indian Ocean”, a new exhibition of paintings in which Perth artist Jo Darvall reimagines these lost works.

“O’Connor’s is such an important story,” Darvall says of a woman who chose to live and paint on her own terms. Australia’s provincialism had appalled O’Connor, and she spent much of her life living and working in Paris. “Her determination to adapt and survive makes her a wonderful role model for all women working in the arts,” Darvall adds.

“Paris Bled into the Indian Ocean” is the follow-up to Darvall’s sell-out 2014 exhibition “Walking the Pipeline to the Water’s End”, exploring the life of O’Connor’s engineer father, CY O’Connor. The new exhibition takes its title from a short story of the same name by Perth author Amanda Curtin, who has also written about both CY O’Connor, and about Kathleen.

“It’s about recovery,” Curtin says of Darvall’s exhibition. “Of Kate’s paintings and of Kate herself.” In much the same way, the grieving poet in Curtin’s story finds her voice again after finding inspiration in O’Connor’s colours seeping into the sand from the sea. “I just love that circling of ideas,” Curtin says.

“Paris Bled into the Indian Ocean” runs until 21 November at the Merenda Contemporary in Freemantle.