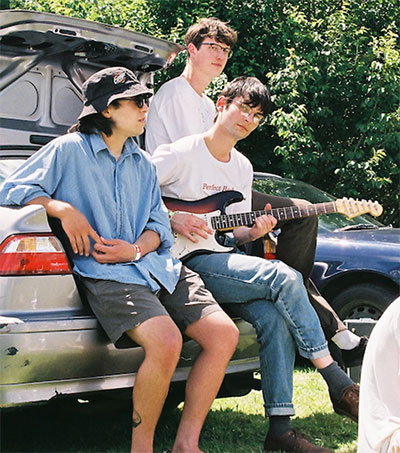 “New Zealander [Kane Strang, pictured with guitar] is currently in the midst of a huge tour of the United States, but that hasn’t stopped him announcing his first-ever European shows,” DIY magazine reports.

“[Strang] was already set for The Great Escape in May, but before that he’ll be bringing his latest single and songs from ‘Blue Cheese’ to The Lexington in London. After popping to Brighton, he’ll be off to the continent where he’ll take in Berlin, Paris, Kortrijk and Amsterdam.”

Last year, online music magazine Pitchfork reviewed Strang’s album Blue Cheese, describing it “as the sound of a young, restless soul taking full advantage of the empty environs by making an inspired racket and broadcasting his innermost musings to no one in particular.”

Strang plays at Bootleg Theater in Los Angeles on 30 March and at Soda Bar in San Diego on 31 March.

His European tour begins in May in Manchester.

Strang is from Dunedin.