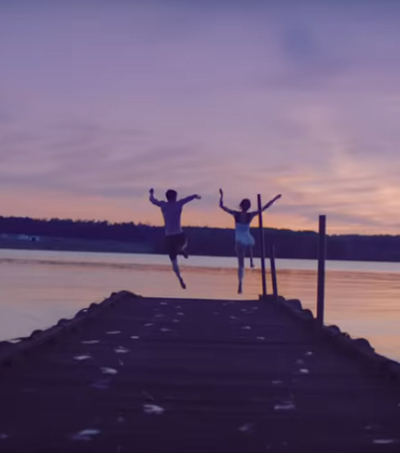 K.J. Apa & Maia Mitchell Make The Most Of The Last Summer

Netflix has just “released the trailer for The Last Summer” featuring Maia Mitchell and K.J. Apa,” writes Tyler Aquilina in an article for Entertainment Weekly.

“The Last Summer follows a group of friends as they take stock of their relationships and try to make the most of their final summer vacation before college.”

“The trailer features Apa aplenty, with hints of the romantic sparks to fly between him and Mitchell,” writes Aquilina.

“It also displays the ecstasy and the agony of that final pre-college summer in equal measure: in between beach bonfires and skate park hangouts, Sage dumps Latimore in favor of Posey’s strapping Chicago Cubs player, and the friends mourn the little time together they have left as it steadily slips away.”

“The Last Summer debuts May 3 on Netflix.”