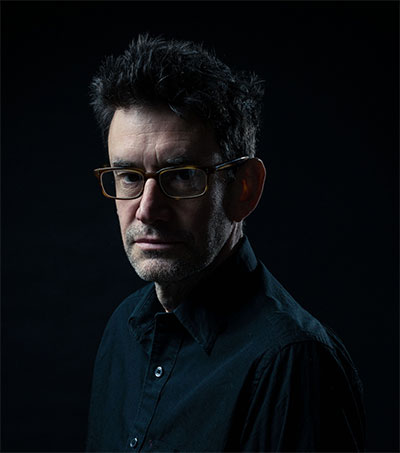 Metcalfe says “Sycamore” was inspired in part by a decades-old specimen that stands outside the studio in his garden in England.

“I thought it was a really nice idea to combine the energy of systems music with the energy of drum & bass and see if that was a nexus that was going work,” Metcalfe says. “It’s a very up, energised, wind-driven, tree-driven track.”

“Sycamore” comes from his new album The Appearance of Colour, a project that Metcalfe had been working on when Peter Gabriel hired him to write arrangements for Scratch My Back, Gabriel’s 2010 album of covers featuring orchestra and voice. Metcalfe co-produced Gabriel’s next album, 2011’s New Blood, a collection of orchestral re-recordings of songs spanning his career.

Eventually, Metcalfe found time to return to his own music, refreshed and emboldened by his work with Gabriel. “I think that process definitely widened my horizons. I hope it matured me as a musician.” says Metcalfe, who has also done arrangements for the likes of Morrissey, Coldplay, Blur and the Pretenders.

The Appearance of Colour, Metcalfe’s fourth album under his own name, came out in October in the US.

Metcalfe was born in Wellington. He is a member of the contemporary Duke Quartet.