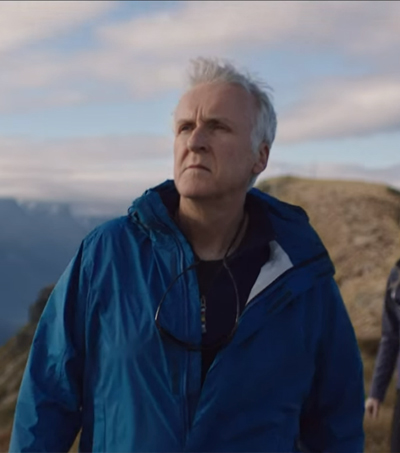 Avatar director James Cameron is starring in the latest Tourism New Zealand campaign – a series of videos filmed over four days in the South Island, which explore the filmmaker’s fascination with New Zealand,” as reported in AdNews Australia.

As part of the campaign Cameron and his wife Suzy Amis Cameron “hike on the alpine Routeburn Track, cycle beside Lake Pukaki, walk the Tasman Glacier and kayak through a Dart River canyon.”

“If you are driving, an hour and a half or two hours, the country just unrolls toward you like an IMAX film. When you see something you have never seen before, it’s a wonderful experience. It’s like a living painting; it’s never the same view two days in a row,” said Cameron.

“Having someone of the calibre of James Cameron sharing his personal stories and insights while exploring some of New Zealand’s most beautiful places is of immeasurable valuable for New Zealand,” said Kevin Bowler, Tourism New Zealand CEO.

‘‘I am sure that this video, which perfectly captures James’ passion for exploration and his curiosity, will inspire many more people to travel to New Zealand and discover it for themselves.”