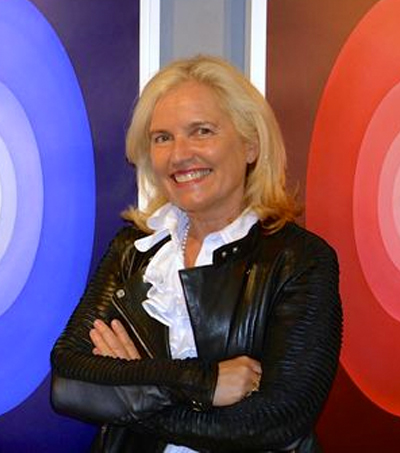 Connecticut’s Fairfield University exhibition “Guns in the Hands of Artists” is using decommissioned guns to explore and generate conversation about gun violence. The exhibition is being “presented by Fairfield University Art Museum in partnership with #UNLOAD and the Guns In The Hands of Artists Foundation”. New Zealander Helen Klisser During, co-founder and artistic director of #UNLOAD, moderated the opening night panel discussion on “Art Making for Social Change”.

#UNLOAD is an arts-based initiative that seeks to drive consensus around the topic of gun violence. #UNLOAD says it is offering the chance to take a new approach to one of America’s most alarming issues. “We are organizing and collaborating on many exciting arts events starting in 2018 that will bring together a diverse audience for conversations about the role and impact of guns and will help us drive consensus and find solutions to the epidemic of gun violence.”

The exhibition is curated and co-produced by Jonathan Ferrara and debuted in New Orleans in 1996, had a second run in seven American cities in 2014, and runs until Oct. 13 at Fairfield University’s Quick Center for the Arts. Artists from cities throughout the country, including New Orleans, New York, Minneapolis and Portland are featured in the exhibition, using decommissioned guns obtained through a buyback program that Ferrara helped to fund.

The works include painting, photos, video, mixed media, sculpture, and glass work, and are accompanied by artist statements explaining the creator’s point of view. Forty percent of the artists participating, Ferrara said, are gun owners. Another forty percent are victims of gun violence.

Helen Klisser During is artistic director emeritus of the Westport Arts Center and a contributing photojournalist for WestportNow. In the recent Society of Professional Journalists Connecticut Chapter Excellence in Journalism competition, Klisser During was one of the winners with a second place prize for her photo essay “Suspect Flees in Times Square” capturing the mayhem and trauma following an attack by a driver in a car in the crowded pedestrian plaza. Her photographic assignments have included The United Nations in Africa, AmeriCares in South America, and Carma Foundation in Haiti. Helen was stills photographer for Gaylene Preston’s 2016 documentary film “My Year with Helen,” and her photographs have been published in a wide range of national and international publications.

A resident of Connecticut, Klisser During is a graduate of the University of Auckland and a former member of the New Zealand Ski Team. As an art adviser she works with collectors and public/corporate institutions and fosters relationships between clients, artists, galleries, museums, art fairs, and auction houses. She has curated hundreds of exhibitions with the aim of inspiring, provoking thought, educating, and delighting a range of audiences.