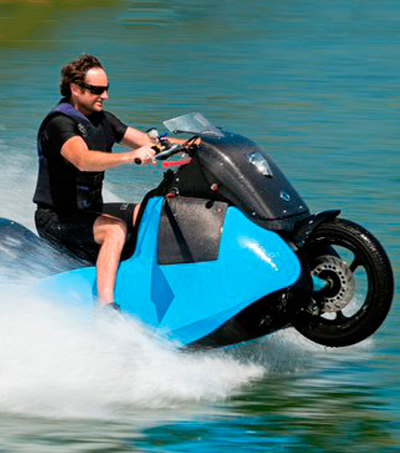 Gibbs’ Next Generation of Fast Amphibians

After bringing “three fast amphibian concepts to the American International Motorcycle Expo in Orlando, Fla.”, Gibbs Amphibians is “hoping to find to find a partner that would build the vehicles under license”, as reported in an article on Fast Amphibians.

The new concepts are a two-wheeler named the Biski, a three-wheeler labelled Triski, and the Terraquad, a side-by-side four wheeler.

Just like all other Gibbs amphibians, the three new concepts can transition between water and land.

Allbirds, the San Francisco brand whose wildly popular £95 wool trainers and low-carbon ethos earned it a valuation of $1.7bn from investors earlier this month, is about to find out. The…