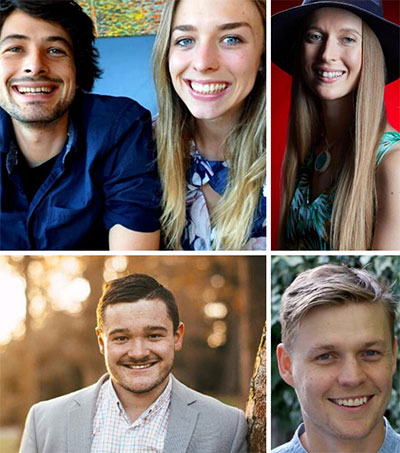 Our Entrepreneurs Who Have Made Forbes 30 Under 30

If you’re looking for reasons to stay optimistic despite what is promising to be a challenging year, look no further than the Forbes 30 Under 30 Asia class of 2020, which includes five young New Zealand change-makers packing a punch, Rana Wehbe reports for the magazine.

“For the fifth year in a row, our team at Forbes Asia has put together a list of the best talents from the Asia-Pacific region who are tackling just about everything, from AI innovations to online funeral services to stylish pet products, [to yoghurt, to vegan ready-to-eat meals],” Wehbe writes.

“Selected from more than 3500 nominations, researched by a team of reporters and vetted by an A-list panel of judges who are leaders in their industries, this year’s listees represent 22 countries and territories across the Asia-Pacific.”

In 2019, Berkano was the Champion Producer/Manufacturer for Small Enterprise at the 2019 Westpac Champion Business Awards. While Raglan Coconut Yoghurt won the Gourmet and People’s Choice categories in the 2015 NZ Food Awards and the Micro Business category in the 2016 Westpac Waikato Business Awards. The brand was also part of Deloitte Fast50 as the fastest growing consumer brand in 2018 and 2019.

At the young age of 24, Williams developed and successfully exited four revolutionary inventions, including polarised contact lenses to treat photosensitive epilepsy and a system to destroy methane gas produced in farms. He received several awards for his inventions, including a National Merit Award at the Eureka Science and Innovation Competition. Williams is currently the director of technology and innovation at the New Zealand Merino Company, where he leads its R&D portfolio developing novel uses for low-value strong wool, Forbes reports.

Wise Boys, which Burrows founded with his older brother Tim, won a silver medal in the 2019 Outstanding NZ Food Producers Award and was a finalist in the 2018 Sustainable Business Network Awards.