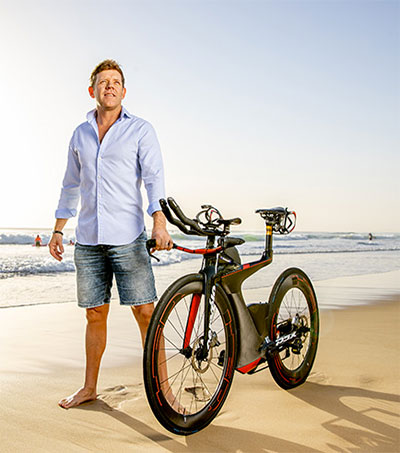 Most would think anyone tagged with the moniker “serial entrepreneur” would be one of the strongest advocates for the start-up culture – but not Richards.

Richards, the Gold Coast-based founder and chairman of technology firm SmartPayroll, has owned and run diverse businesses for the past 20 years. Of today’s all-pervasive, young, hip start-up culture, he says: “It’s been heavily fantasised and romanticised.”

He gives the impression he would rather take on a bakery than a fintech robot if he believed the bakery could find a niche to outperform all others. Indeed, that has been his strategy pretty much since starting out – improving existing businesses, adding new pivoting products or bolting on new ideas to perfect old ones.

It sounds so old-school: test products incessantly and put yourself in the shoes of customers to ensure the exchange of value is fair.

There seems to be no sense these days of how hard it is to make a start-up successful, he says. “I haven’t had any founders who have taken my money and failed, who then offered to pay me back. They just moved on like it was a donation to their life.”

Richards, aged 46, is no dinosaur, he’s just unwilling to believe that despite all the jargon and constant talk about disruption, business principles have greatly changed.

He straddles two worlds. He is part highly qualified accountant, part tech pioneer – the man who put his SmartPayroll business in the cloud three years before the term “cloud” was coined. Richards started SmartPayroll in 2004 as an automated, single-touch payroll process linked with bank and tax office software. It was like the Xero of payroll before Xero was invented.

SmartPayroll is now a large SaaS (software as a service) cloud payroll company, processing over A$5 billion per annum for 25,000 small businesses throughout Australia and New Zealand.

Richards, a former world champion triathlete, was also involved in importing food from India and became the “King of Butter Chicken”, built a retail optometry chain (he successfully sold both businesses), invested in pet treat delivery company PetBox in the United States, and was involved in nurturing the careers of world-class athletes.