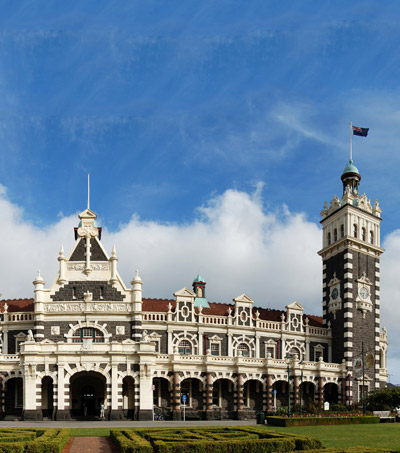 Dunedin Railway Station One of the Most Beautiful

Dunedin’s Railway station has been featured in an article on the most beautiful railway stations, published on German travel site EasyVoyage.de.

Designed by George Troup it was New Zealand’s busiest railway station when it opened in 1906. “Exuberant in its Marseilles tiles, Central Otago basalt, Ōamaru stone and Peterhead granite, it oozes confidence in a railway system that was nearing its zenith,” according to NZ History.

Today daily sightseeing trains run from the station through the Taieri Gorge and up the Coast.

Other train stations included in the article were:

To see all railway stations included in the article please click here.