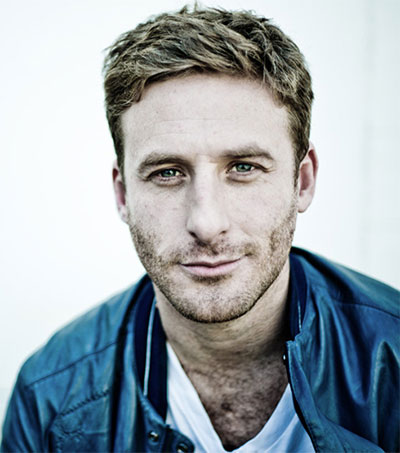 When Aucklander Dean O’Gorman, 38, was cast in the plum role of Kirk Douglas in Trumbo, the new biopic about blacklisted screenwriter Dalton Trumbo, he decided to ask the legendary actor if he wouldn’t mind offering up a few tips on how to play him, Susan King reports for the Los Angeles Times.

“I wrote him a letter,” O’Gorman said.

And Douglas, now 98, wrote back. “He was very nice,” said O’Gorman, best known as the dwarf Fili in Peter Jackson’s The Hobbit trilogy and for playing Anders in The Almighty Johnsons. “He said, ‘Don’t worry about being me too much, just play the role, play the scene.” I thought it was a great answer. I think it was Kirk Douglas’ way of saying no one but me is me.”

Though he was aware of the Hollywood blacklist, O’Gorman didn’t know the full story until he began work on the film. “It was quite shocking to find out these people who were deemed to be a threat to the nation were – only two years prior – sort of being revered as these incredible artists. And they were pushed aside.”

O’Gorman, who looks strikingly like the young Douglas, heeded the advice of the veteran actor and Trumbo director Jay Roach not to do an impression. So there is no muscular posturing or “I’m KIRK DOUGLAS!” proclamations.

Douglas, noted Roach, has seen Trumbo and went out of his way to compliment O’Gorman’s performance. “He said the only guy who could have done better at playing Kirk than Dean was … Kirk himself,” said Roach. “Douglas said he was upset we didn’t ask him!”

O’Gorman is also a photographer and artist.